On the 26th of October 2007, a Peak Oil workshop was held at the China University of Petroleum Beijing (CUPB). It was unanimously agreed that ASPO China should be formed and that Peak Oil research and modelling is essential to China.

At a peak of the oil prize the ASPO USA yearly conference starts in Huston. The coincidence has made media using a new expression to explain the high oil prize, the “ASPO Effect”.  The question is if just information about reality will affect the oil prize? Probably is the effect of declining production close to USA, as the decline in Cantarell, the real cause. Iit is now harder to fill the strategic reserves close to Houston.

A professional quality recording of the full conference has been made (16 hours) along with a number of personal interviews by Chris Vernon of The Oil Drum: Europe with speakers at the conference. Interviewees include Lord Ron Oxburgh, Jeremy Leggett, Minister Eamon Ryan, Jeff Rubin, Jeremy Gilbert.

“And therefore to the peakists I say, You can declare victory. You are no longer the beleagured small minority of voices crying in the wilderness. You are now main streams. You must learn to take yes for an answer and be gracious in victory.”
Listen on this and other statements from ASPO6 on YouTube (listen)

My first week as the newly elected ASPO President has come to an end and it is now that I wish to start writing a weekly newsletter through which I hope to communicate those activities that are of importance to ASPO. (read weekly letter)

Kjell Aleklett, New board for ASPO

From the minutes of ASPO Annual General Meeting, Monday 18th September 2007, Cork, Ireland: “The present members of ASPO agreed that Kjell Aleklett should continue as ASPO President for the coming year. Aleklett proposed that Mikael Höök should be ASPO Secretary, and this was also agreed. As in the past, co-opted to the ASPO Board are the organisers of the past two ASPO Workshops, and the forthcoming one. Thus the ASPO Board is now: K. Aleklett, President,  C. Campbell, Honorary Chairman, M. Höök Secretary, U. Bardi, ASPO-5,  R. O’Rourke, ASPO-6,  P. Prieto, ASPO-7 ”

ASPO Week in Houston (Oct. 17-20) will consist of four days of high-level energy discussions, including a pre-conference day and post-conference day, daytime and evening presentations, and mix & meet receptions with speakers and sponsors. In addition, we’ve planned field trips to an oil well drilling rig and Refinery Row, our nation’s largest, on the Houston Ship Channel. 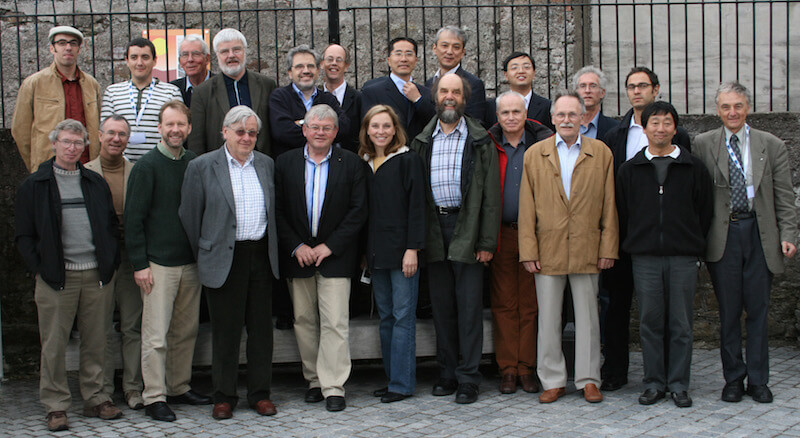 Members representing ASPO and national ASPO organizations from Australia, Canada, China, France, Germany, Great Britain, Ireland, Italy, Portugal, Japan, Spain, Switzerland, Sweden and USA, decided on September 19 to form a new International Association for the Study of Peak Oil&Gas, ASPO-international. The new organization will start to work from 2008-01-01. Professor Kjell Aleklett from Sweden was elected as the first president for ASPO-international and Mikael Höök, also from Sweden, was appointed as Secretary General. National ASPO organizations can be found in more then 25 countries and in October and November ASPO-China and ASPO-South Africa will organize conferences to mark the start of national ASPOs.

ASPO-CANADA is the Association for the Study of Peak Oil and Gas in Canada and globally. As such, it exists alongside ASPO organizations in ten other OECD countries, all of which depend heavily on abundant supplies of both oil and gas. In recent years, some have come to use more dramatic language in describing their over-dependency.