Climate change and diet are beginning to have a recognisable link, with many people changing what they eat as a result. But what exact role does diet play in climate change? Is eating meat as disastrous as it sounds? Or, should we be focusing our efforts elsewhere? Plus, if you’re not a fan of the idea of being vegan, there are plenty of other surprising diet alternatives.

Diet vs Driving and Other High-Emission Activities

It’s hard to believe that anything could be more damaging to the environment than cars.

The Guardian, in particular, takes a strict stance on this, saying we must phase out cars within ten years as cars are killing us and triggering environmental disasters. The article’s writer, George Monbiot, believes switching to electric vehicles only solves part of the problem. He suggests we should eliminate cars from city centres (where possible).


The truth is, cars consume a lot of energy even before purchase. Materials such as steel, glass, rubber, plastics and paints are needed for car production — and all carry a carbon footprint of their own. The environmental cost of making a car is hefty — even before consumers start driving it on the road.

Despite this, cars don’t measure up to meat production. Why? The meat industry creates the same amount of greenhouse gases as all of the vehicles in the world, of which cars are only a segment of.

Experts have concluded that meat is far worse for the planet than traffic. Plus, meat-eating is arguably a much easier habit to change than creating renewable energy for an entire nation. Quitting meat doesn’t require a huge shift in infrastructure – just a slight change in mindset.

All other human impact activities such as overconsumption, technology, fishing and manufacturing are less damaging than meat production. The BBC breaks this down in this article, complete with a climate change food calculator:

The Overwhelming Environmental Impact of Meat

Unsurprisingly, organisations like PETA adopt strong views when it comes to meat. PETA breaks down the different factors involved in producing environmentally damaging meat, including water use and pollution.

Water is used to grow crops and clean factory farms in mass amounts. PETA estimates it takes 683 gallons of water to produce 1 gallon of milk and that by going vegan, each person would save up to 219,000 gallons of water each year.

Pollution, on the other hand, is linked to large amounts of animal excrement that is poorly waste-managed, leaving waste “lagoons” across the country. What’s more, farms are allegedly over exceeding water pollution limits by spraying liquid manure that carries toxins into the air.

Less predictably, National Geographic also criticised meat-eating, claiming the excess farmland could feed our growing population. The article touches on the rise in veganism as well as providing a balanced argument for meat emissions. A quote from Frank Mitloehner argues meat has been “disproportionately linked to climate change emissions” however it still ultimately spells bad news for global warming.

The massive impact of meat can be as simple as the Scientific American puts it — the sheer amount of grain-fed to livestock could feed 800 million people.


Crucially, different types of meat are more damaging to the planet than others. Beef is 10x more damaging than chicken or pork. The key reason is that producing beef takes up far more land (and resources like water) than the production of smaller animals like chicken. In turn, beef production emits more greenhouse gas emissions than other meat types. So if you’re insistent on continuing to eat meat, you could simply avoid beef to be more climate-conscious. Others are taking a more radical approach to diet, creating nutritional regimes that dramatically reduce the carbon footprint of their meals.

What Are the Alternatives?


Veganism — Perhaps the most well-known choice for green advocates is going vegan. Vegans remove all animal products — including by-products — from their diet. PETA believes switching to a vegan diet reduces your ecological footprint by choosing foods with fewer pollutants and resources attached to them. Yet, not everyone is convinced that veganism helps the planet in the way we think it does. Guardian writer, Isabella Tree caught attention with her article If you want to save the world, veganism isn’t the answer. Although Isabella believes we should reduce the amount of meat we eat, she urges everyone to consider the origin of their food — including vegans. So an organic, pasture-fed steak isn’t something you should feel too guilty about.

Flexitarian — As the name suggests, flexitarian is a diet choice for those who want to be flexible. Seen as a close alternative to veganism, flexitarians are people who eat a mainly vegetarian diet with occasional consumption of meat or fish. These are the exact type of people Isabella was speaking of. Flexitarian diets are research-backed with scientific studies showing that moving to a plant-based flexitarian diet will reduce gas emissions by 52% in 2050.

Off-Grid — Being off-grid, also known as self-sufficient living, allows people to move away from factory farming and mass production. Instead, people practising this lifestyle will grow their vegetables and food at home. This lifestyle reduces a person’s carbon footprint from all angles — including the reduction of energy — so off-grid advocates aren’t reliant on any outside companies or resources for survival. While this diet and lifestyle sound desirable (and a sure bet for climate change), it would be near impossible for everybody to live this way, especially for those who live in urban areas.


Entomophagy — What seems like the newest diet idea in the West is a common staple for many people in Asia and Africa. The practise of eating bugs is said to have the power to halt climate change. Why? Bugs are a surprising source of protein, allowing people to remove meat from their diet without missing out on vital macronutrients. Despite this diet having a total shock factor, it’s welcomed by most people across the world, 72% of the USA claims they would be willing to eat insects, while 74% of India is also interested in giving it a go. 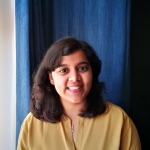 Oil and gas production typically involves using various chemicals to help extract
Logistics is the system that makes everyday products come to you. You
Signs are an important way for all workplaces to keep their staff
Every company must offer a safe workplace for its employees, be it
Businesses are facing extraordinary challenges as disruptions in the supply chain echo
Go to Top