If one studies the world’s oil resources and oil production, then the Arabian Peninsula is of central interest. The remaining monarchies of the region have established the Gulf Cooperation Council (GCC). It was formed in 1981 as a response to the Iranian Revolution and Iraq’s attack on Iran. The GCC is comprised of Saudi Arabia, Kuwait, Bahrain, Qatar, The United Arab Emirates and Oman. Within the GCC exist enormous oil resources. According to the BP Statistical Review of World Energy 40% of the world’s remaining conventional oil reserves exists within the GCC.

The world’s largest conventional oil field is Ghawar in Saudi Arabia, and there are also many other gigantic oil fields in the region. Since the 1950s it is mainly oil from the Arabian Peninsula that has been decisive for the economic growth of the global economy. The problem at the moment is that the fields are old and mature and production is beginning to decline in some of them. What will happen in the future with these fields? At the end of October, I am invited to Dubai to give a presentation at the “Monetising Mature Fields 2014 Summit – How to enhance post-peak production assets while ensuring cost efficiency”. It will be quite a technical conference, and it will be exciting to participate with the other speakers. Here is the title of my presentation and three bullet points: 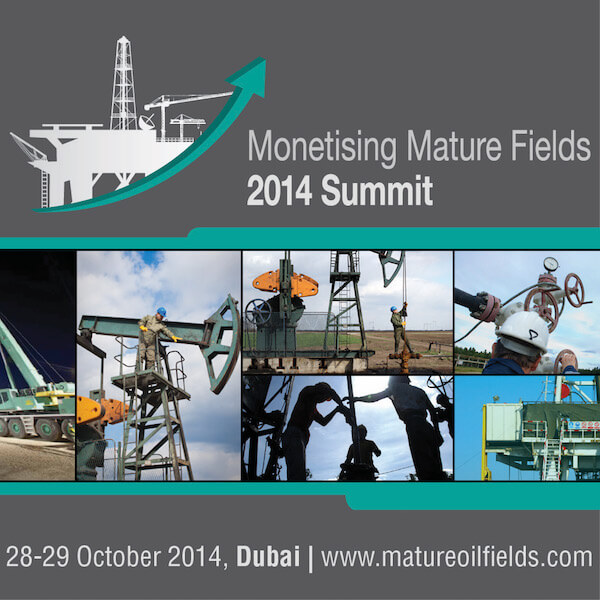 “Production from Giant Oilfields in the Twenty-first Century.”

If any member of ASPO wants to attend the conference they can contact me to for a discount on the registration fee.

The fact that the Arabian Peninsula is so important for our future means that we should be informed regarding the political system and conflicts in the area. The Middle East correspondent for the Swedish newspaper, Svenska Dagbladet, Bitte Hammargren, has just published a book, “The Gulf, A Future Powderkeg” (in Swedish). The book discusses the GCC member nations, but the primary focus is on Saudi Arabia, the world’s only country that was created by, is named after, and is controlled by one tribe or family, the House of Saud, that current consists of more than 10,000 princes and princesses. Bitte Hammargren describes it as a medieval principality. If one considered only the House of Saud’s association with the two holiest places, Mecca and Medina, of the global religion Islam, then one could draw parallels between it and the Catholic’s Vatican. If one considered the Saudi state only from the perspective of its short history and tribal power hierarchy, then this arid desert kingdom would have to rank highly among the world’s most difficult to handle societies. It is this combination of incredible oil wealth, religious focus and medieval power structure that makes the Saudi state so difficult, unpredictable and outright dangerous for the rest of the World.

In Hammargren’s book, he mentioned that this powder keg could explode when the income from oil is no longer sufficient to provide for the populations in these nations – a direct coupling to my presentation “Production from Giant Oilfields in the Twenty-First Century.” There are no other nations in the world that have so many guest workers like those of the GCC. One-third of Saudi Arabia’s thirty million people are foreigners without Saudi citizenship. In Kuwait, the proportion is two-thirds, and in Qatar, it is ~90%. But the income from oil purchases the loyalty of the citizens who do not need to work. These receive contributions from the state and need to pay no tax as long as they are obedient and keep quiet. Those who pay no taxes cannot expect democratic representation in government or ask the government something that it is not prepared to give. “Taxation is a method to arouse the desire for democracy!” is a statement in Bitte Hammargren’s book from one young citizen in Saudi Arabia. The taxless society means that the inhabitants of the nation cannot crave democratic influence over how the billions of dollars from oil are used. The 10,000 princes and princesses are prioritized when it comes to using the oil billions. In a future where oil production is declining at the same time as the population is increasing rapidly, they will need to introduce a taxation system. Currently, the GCC nations are producing 21.4 million barrels of oil per day (Mb/d, generating $2.35 billion per day) which is equivalent to 25% of the world’s oil production. Any instability within the GCC nations that threatens production will cause an economic meltdown for the world. Saudi Arabia and the other GCC nations are making huge investments to keep their old oilfields alive and productive, but production in all oilfields eventually declines sooner or later. We can count on the GCC states will experiencing an approximately 3% annual decline in production at some time in the future. It means a production decline of 10 Mb/d over only a decade. The fuse may be long, but you can certainly appreciate that it has already begun to burn.